When one thinks of Greece, the first images that come to mind might be of blue seas, ancient ruins, or bustling markets. But nestled among the mountains of Thessaly, in the north of the country, is a holy site unlike any other in the world. The Meteora Monasteries, a cluster of monasteries perched atop massive, towering natural rock formations, are a sight to behold. The Meteora Monasteries are one of the most important relics of the Eastern Orthodox faith and have been designated a UNESCO World Heritage Site for their cultural, religious, and architectural significance. Founded in the 14th century by hermits seeking to escape their world and commune with God, the Meteora Monasteries have endured for centuries, standing as a testament to the power of faith and the resilience of the human spirit. For hundreds of years, thousands of pilgrims have made their way to these holy sites to pay their respects and find peace in their divine.

One of the most impressive sites in Greece is the Meteora Monasteries. Located 50 miles from the city of Thessaloniki and perched atop the rocky cliffs of Meteora, these monasteries have been a spiritual and cultural landmark since the 14th century.

Originally home to hermits, the Meteora Monasteries were established by monks of the Eastern Church in the 14th century. The first monks arrived in the area around 1350 and began to construct their dwellings on the sides of the cliffs. With the help of local builders, they constructed a number of monasteries, chapels, and other religious structures that still stand today. The number of dwellings increased throughout the centuries, eventually reaching a peak of 24 by the 16th century. The monasteries of Meteora have remained a popular pilgrimage site ever since, attracting visitors from all around the world.

Meteora is home to some of the most unique geological features in the world. The towering stone pillars are an incredible sight to behold, and offer visitors a chance to explore one of the most remarkable landscapes on earth. The pillars, formed millions of years ago, are a mix of sandstone and conglomerate rock, and reach heights of up to 400 meters. The area is also home to numerous caves, crevices and underground springs, which provides a habitat for a variety of birds and animals. The Monasteries of Meteora, perched atop the towering pillars, offer a unique view of the surrounding area, and are a must-see for any visitor to this holy site.

The Monasteries of Meteora are a stunning and awe-inspiring sight. Located in the Thessaly region of Greece, the six monasteries are perched atop nearly inaccessible sandstone rock formations, towering hundreds of feet above the ground. These monasteries date back to the 14th century and are still in use today. To explore the monasteries, visitors must climb a combination of stone stairs and ladders, making it a challenging yet rewarding experience. Once you reach the top, you can take in the breathtaking view and take a guided tour to learn about the monasteries’ unique history and culture.

Although the Monasteries of Meteora can be visited any time of year, certain months are best for different reasons. April to June is an ideal time for those who want to see the monasteries in full bloom, as lush vegetation and colorful flowers are in abundance. For cooler weather, fall months from September to November are best, as temperatures are mild and the crowds are usually less. If you want to witness religious festivals, January and February are the best months, as the local Greek Orthodox Church celebrates both Christmas and Epiphany. Finally, if you’re looking for the quietest time to explore the monasteries, May and October are perfect, as both months are considered low season.

In conclusion, the awe-inspiring monasteries of Meteora are a powerful reminder of the resilience of the human spirit. The monasteries have been standing since the 14th century, despite numerous wars and natural disasters, and are a testament to the importance of maintaining one’s faith in the face of adversity. They are a popular tourist destination, offering a unique glimpse into the history of Greece and the beauty of the region. 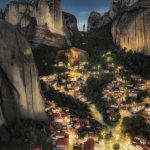 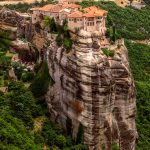 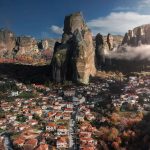 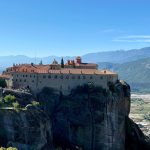 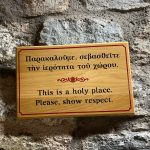 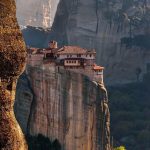 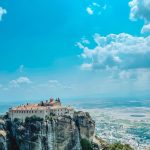 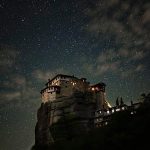 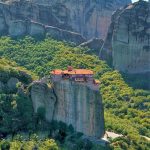 5 places to not miss in Meteora: